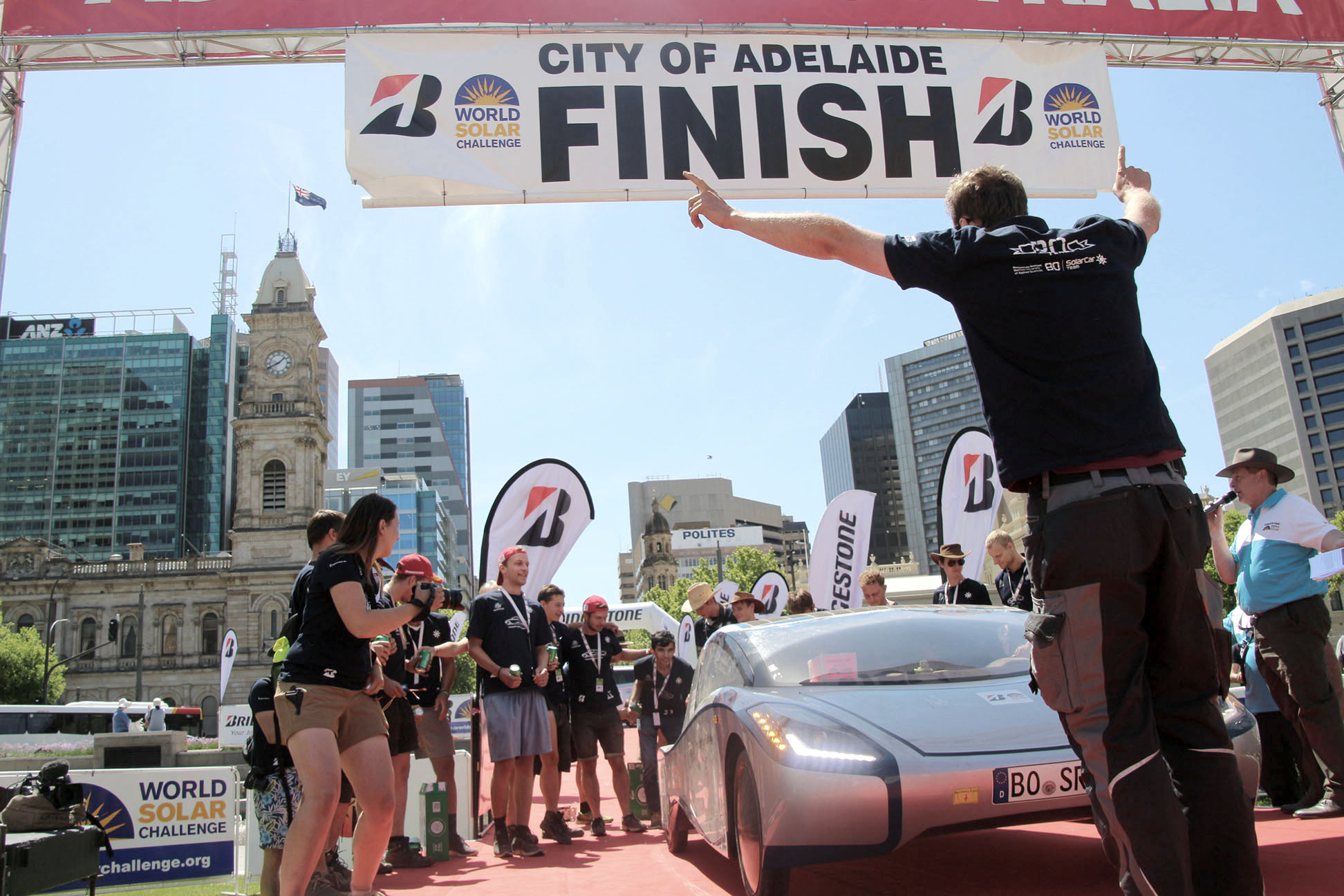 Full Throttle to the Finish Line 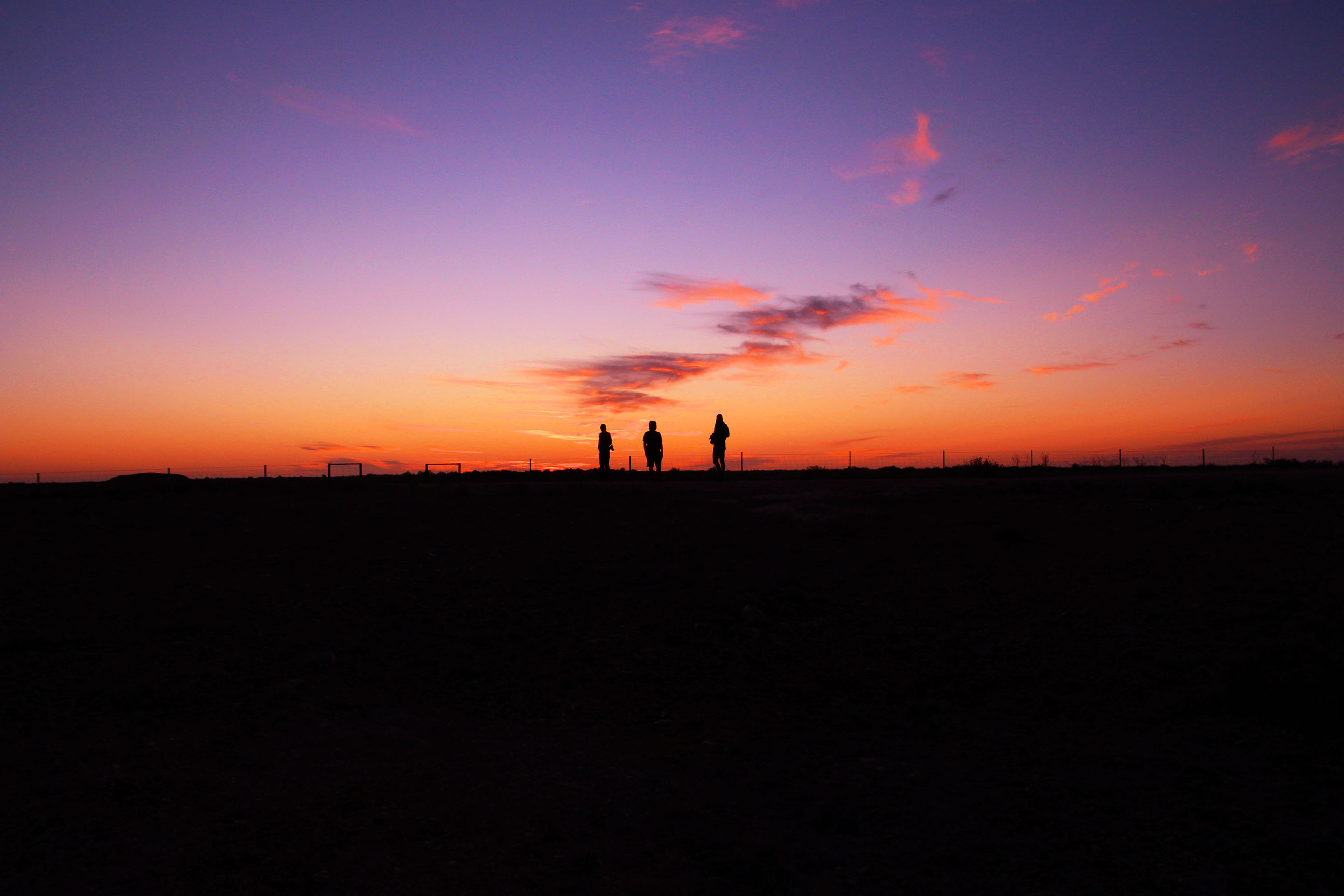 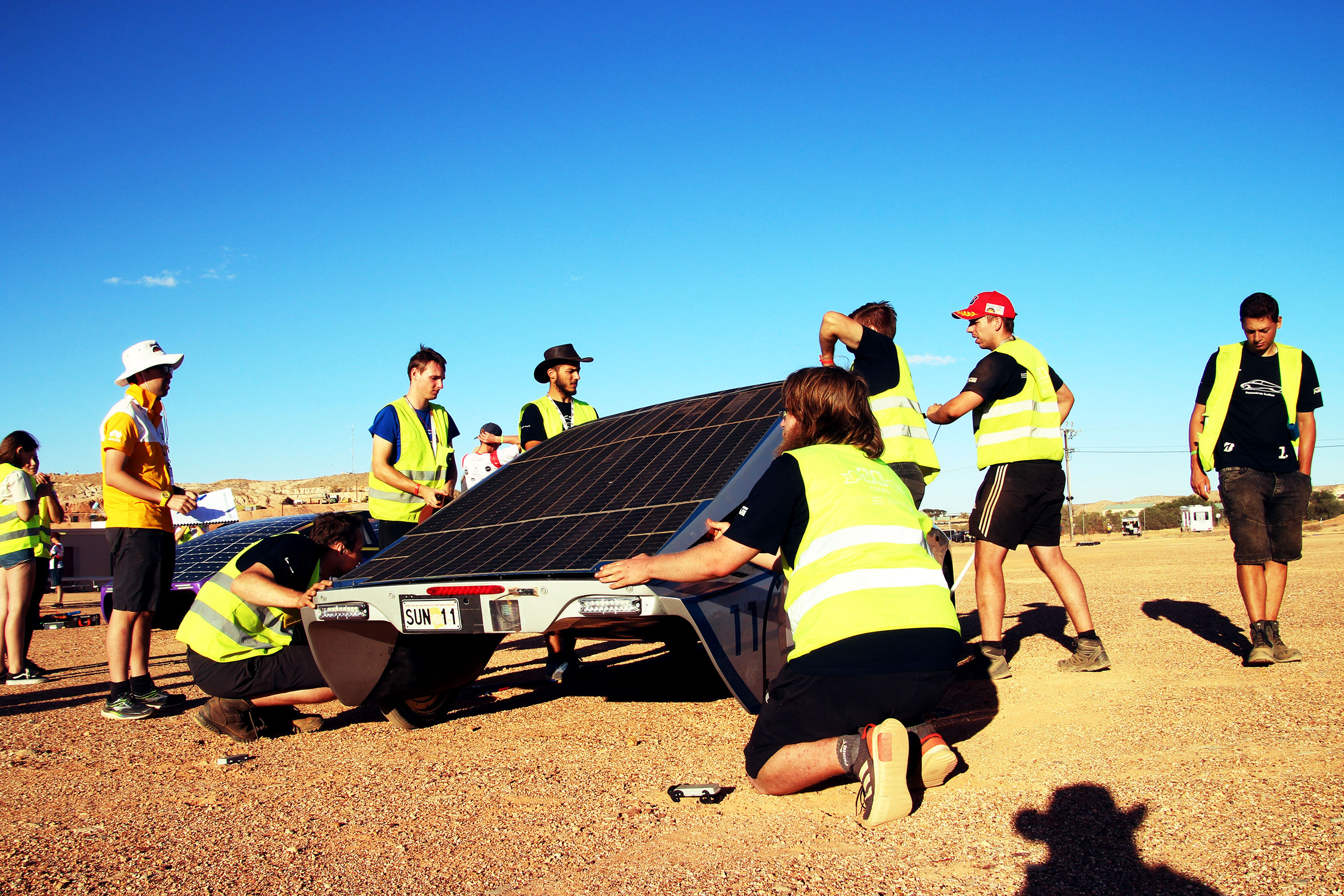 Racing the Sun, and the Clock 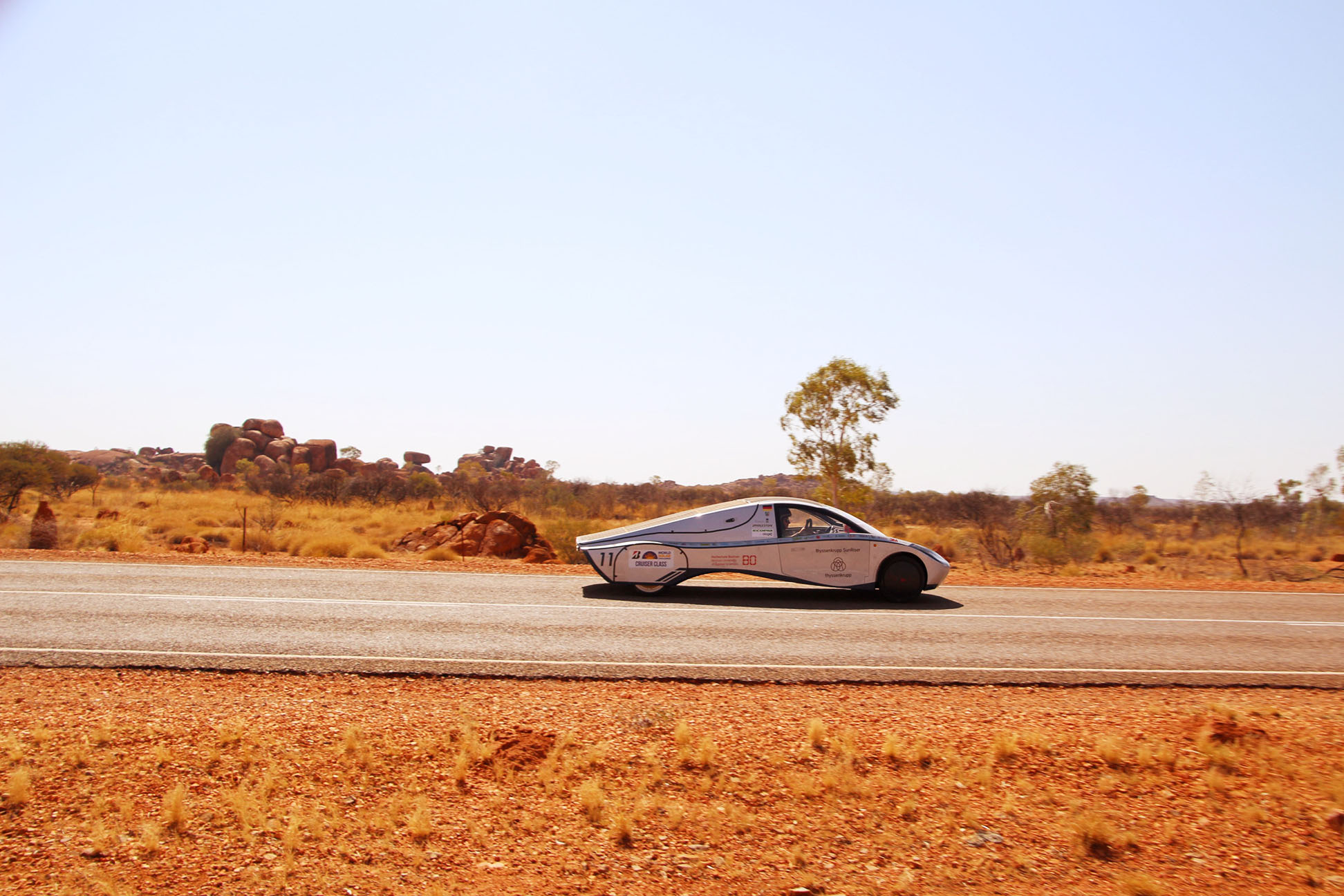 Deeper into the Heart of Australia 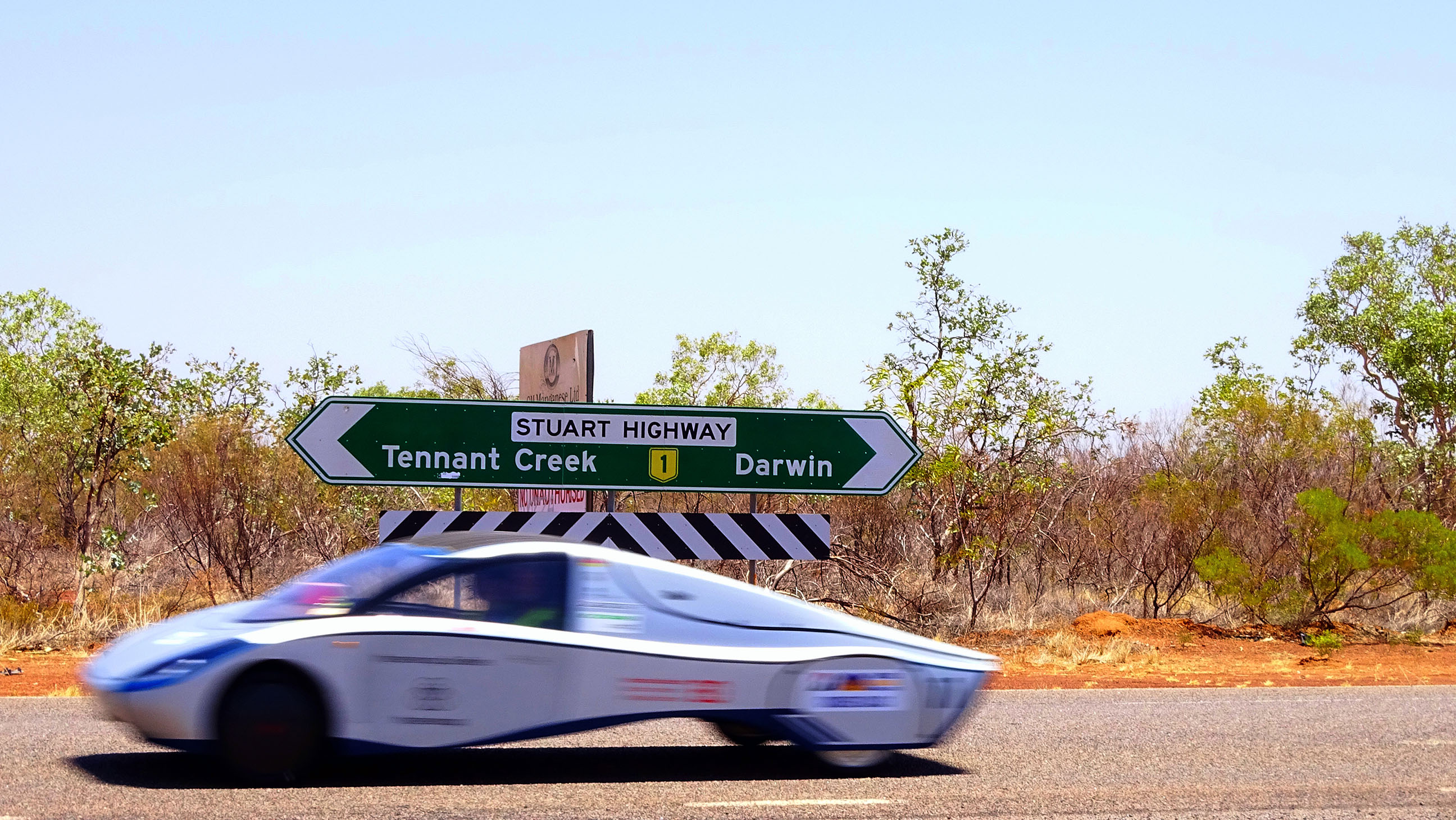 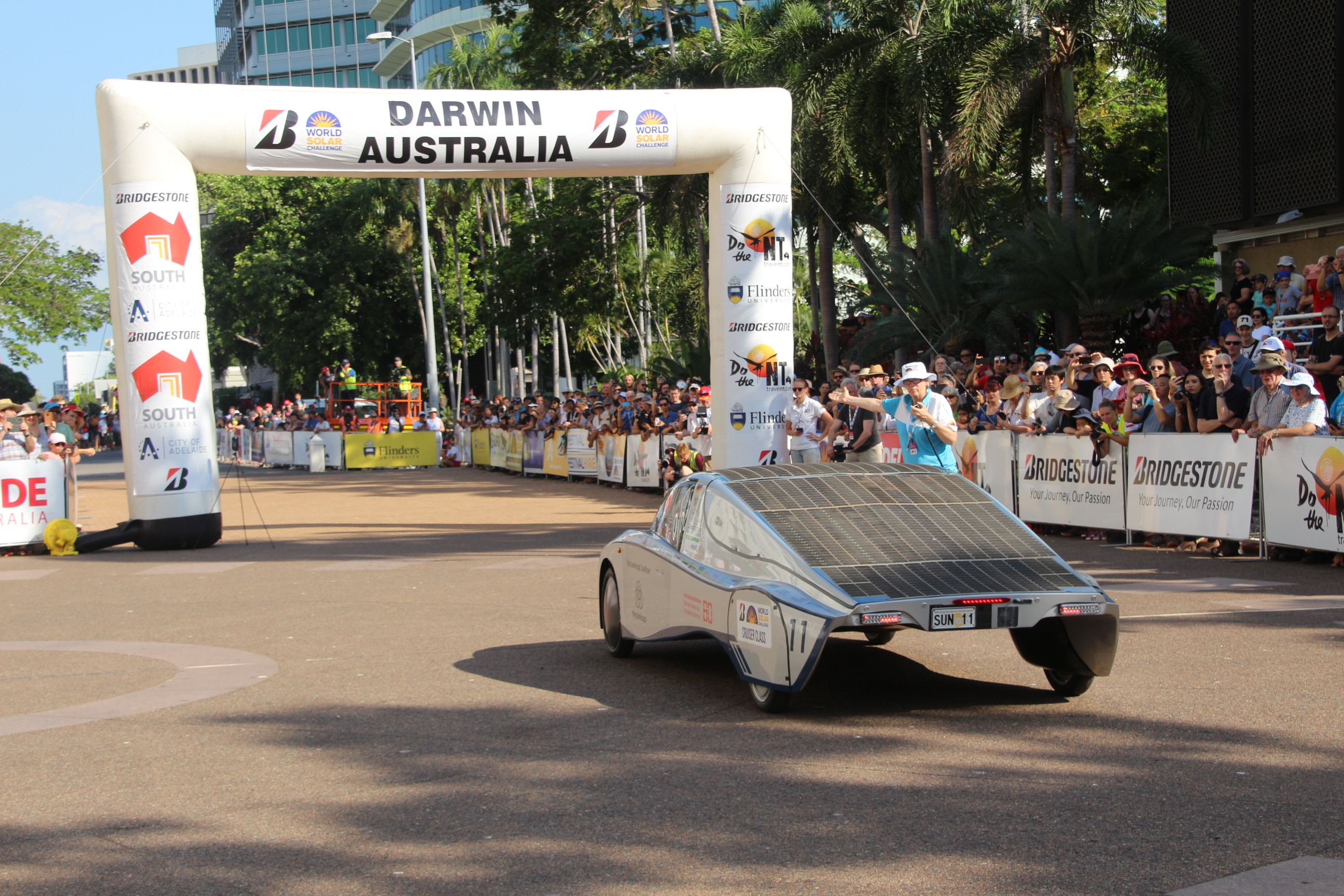 Let’s Go to the Outback 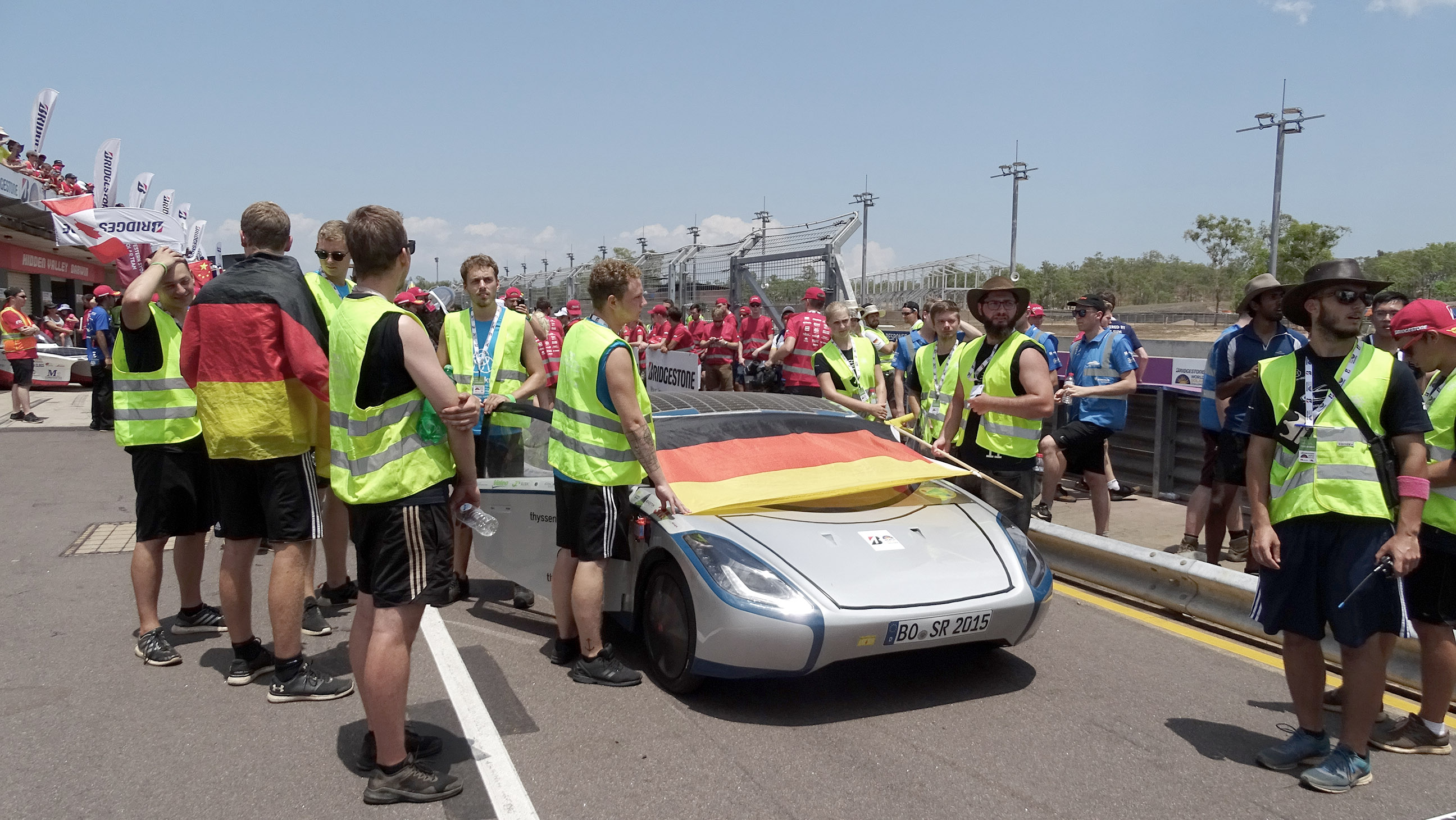 Onto the Race Track 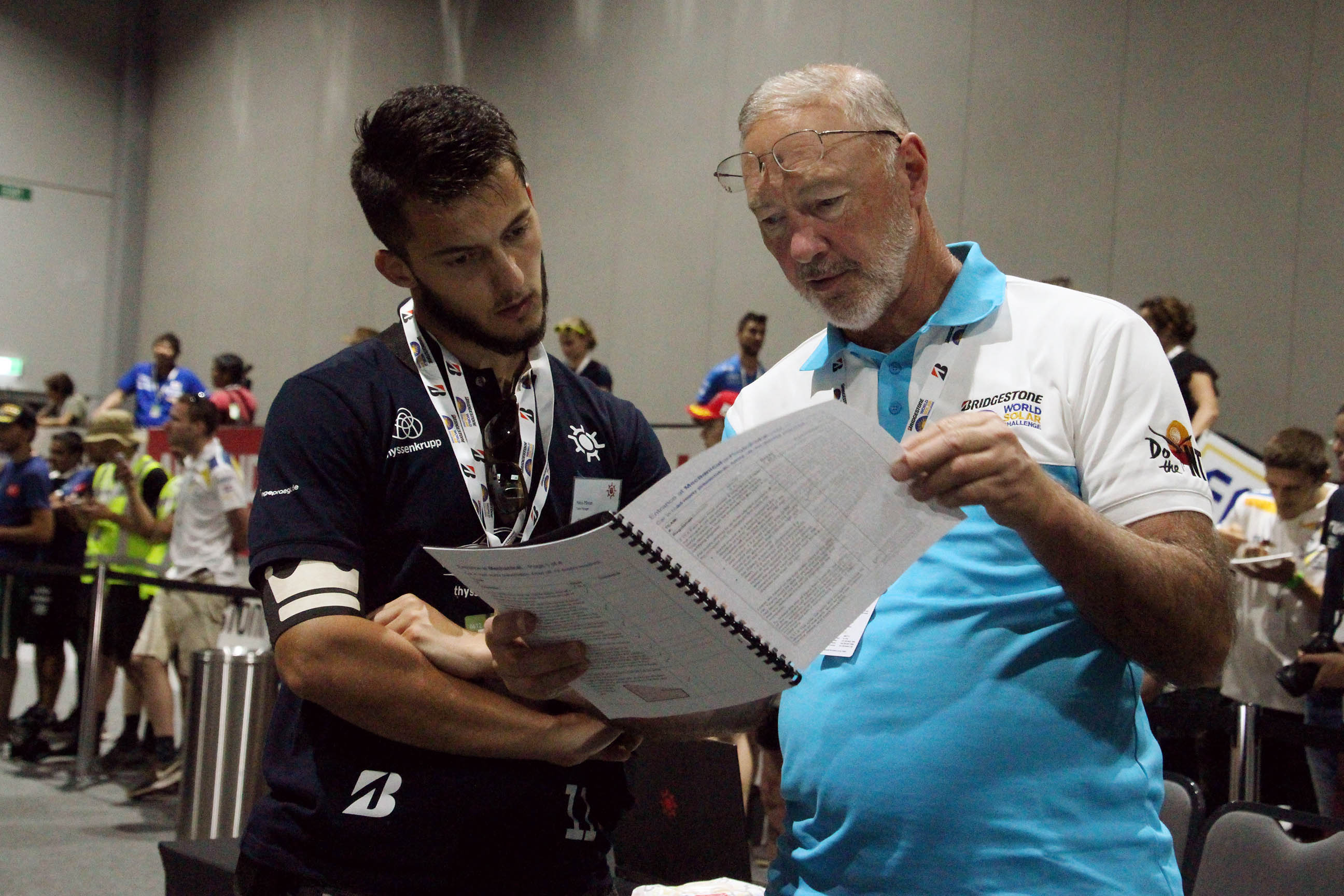 Our Team’s Greatest Test So Far

The thyssenkrupp SunRiser at Static Scrutineering 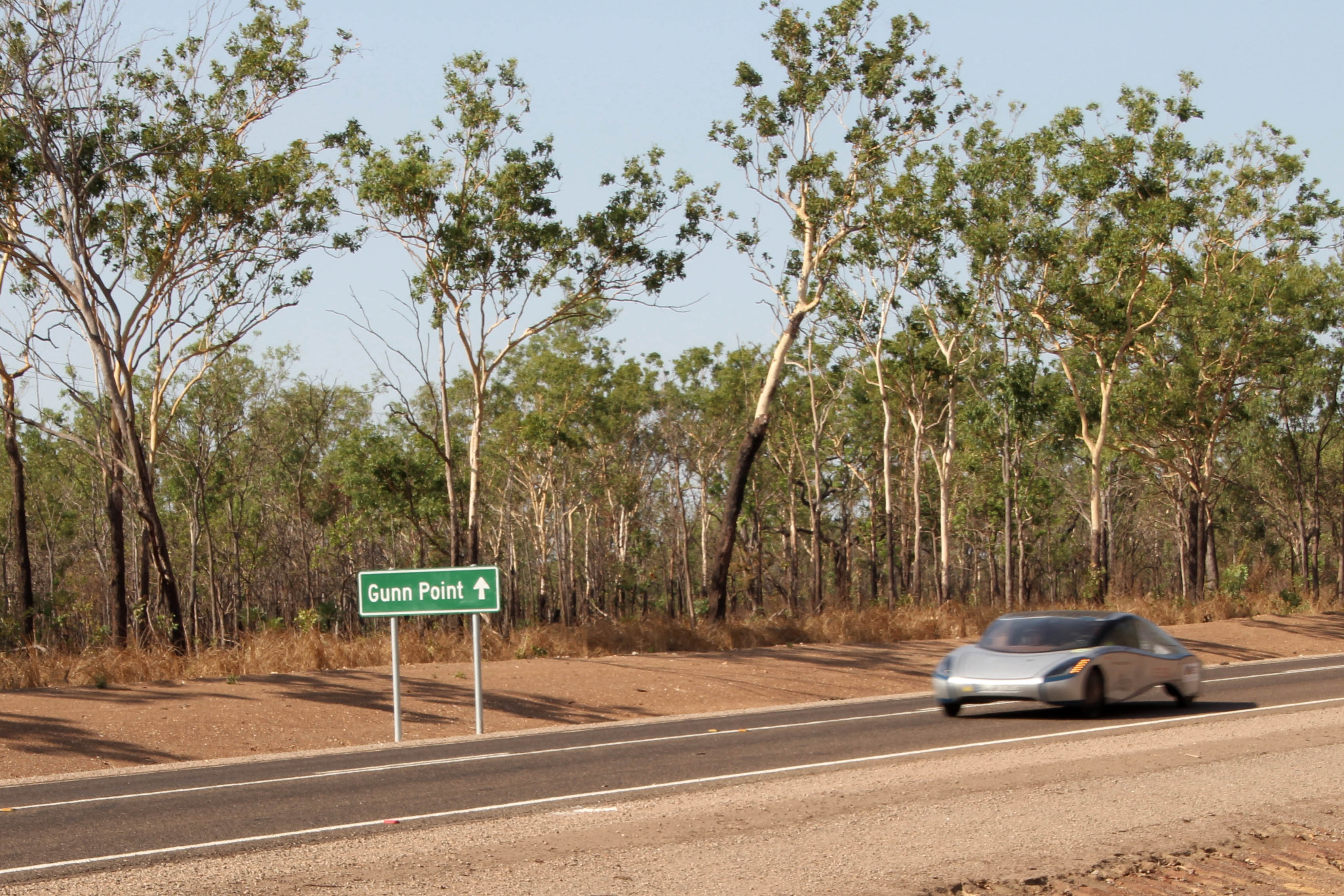 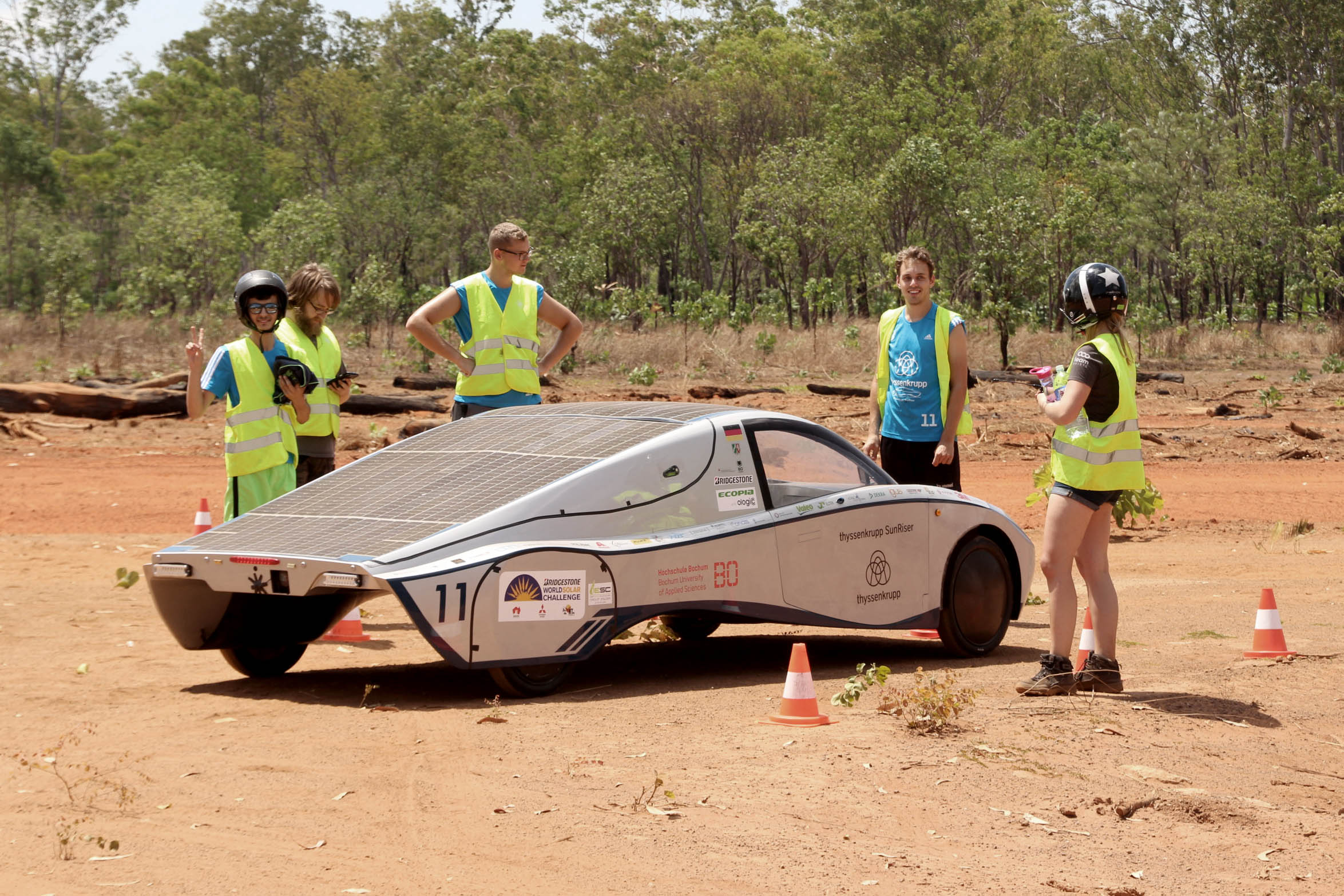 Driving the thyssenkrupp SunRiser Through Australia Once More 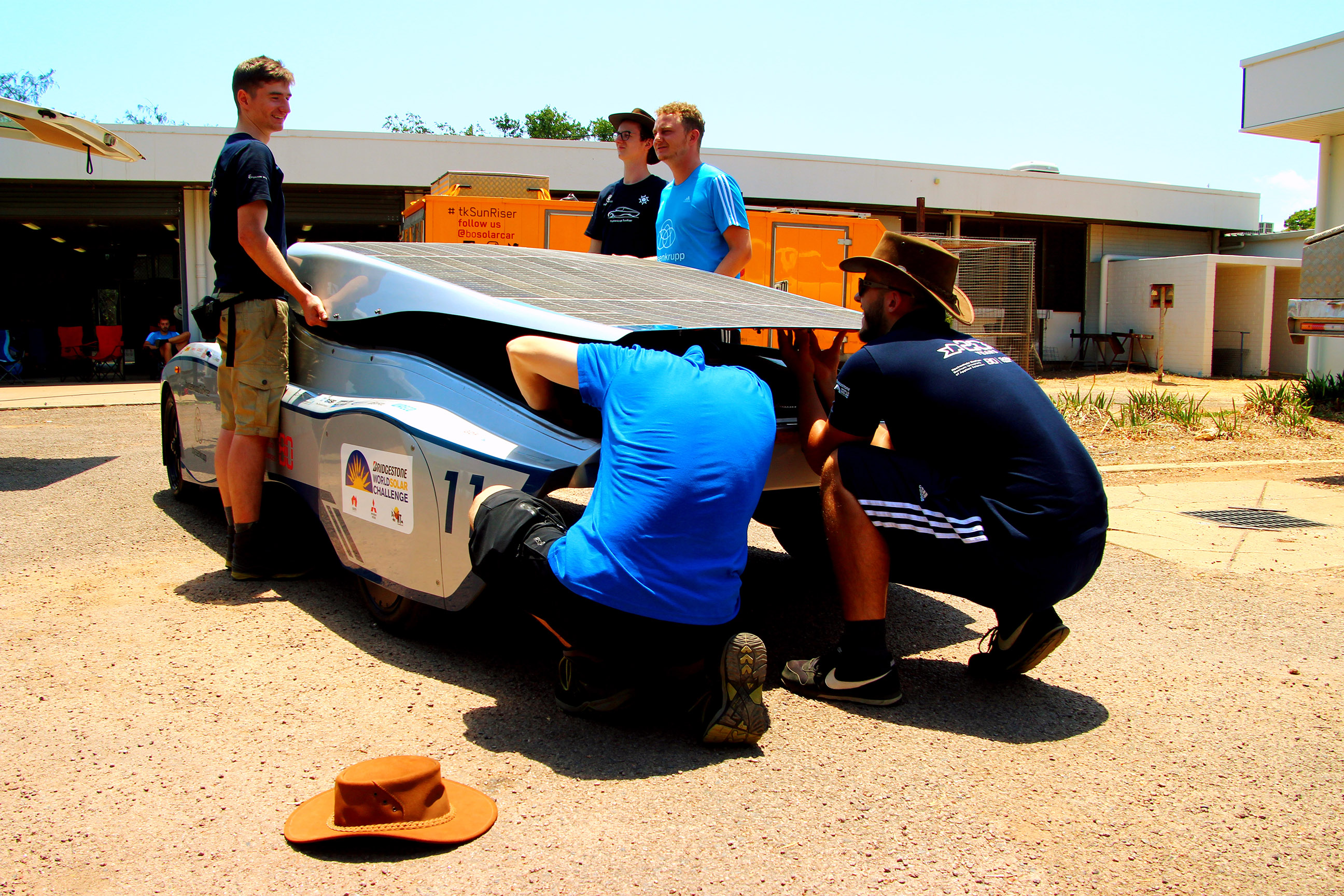 Much to do in the Tropics 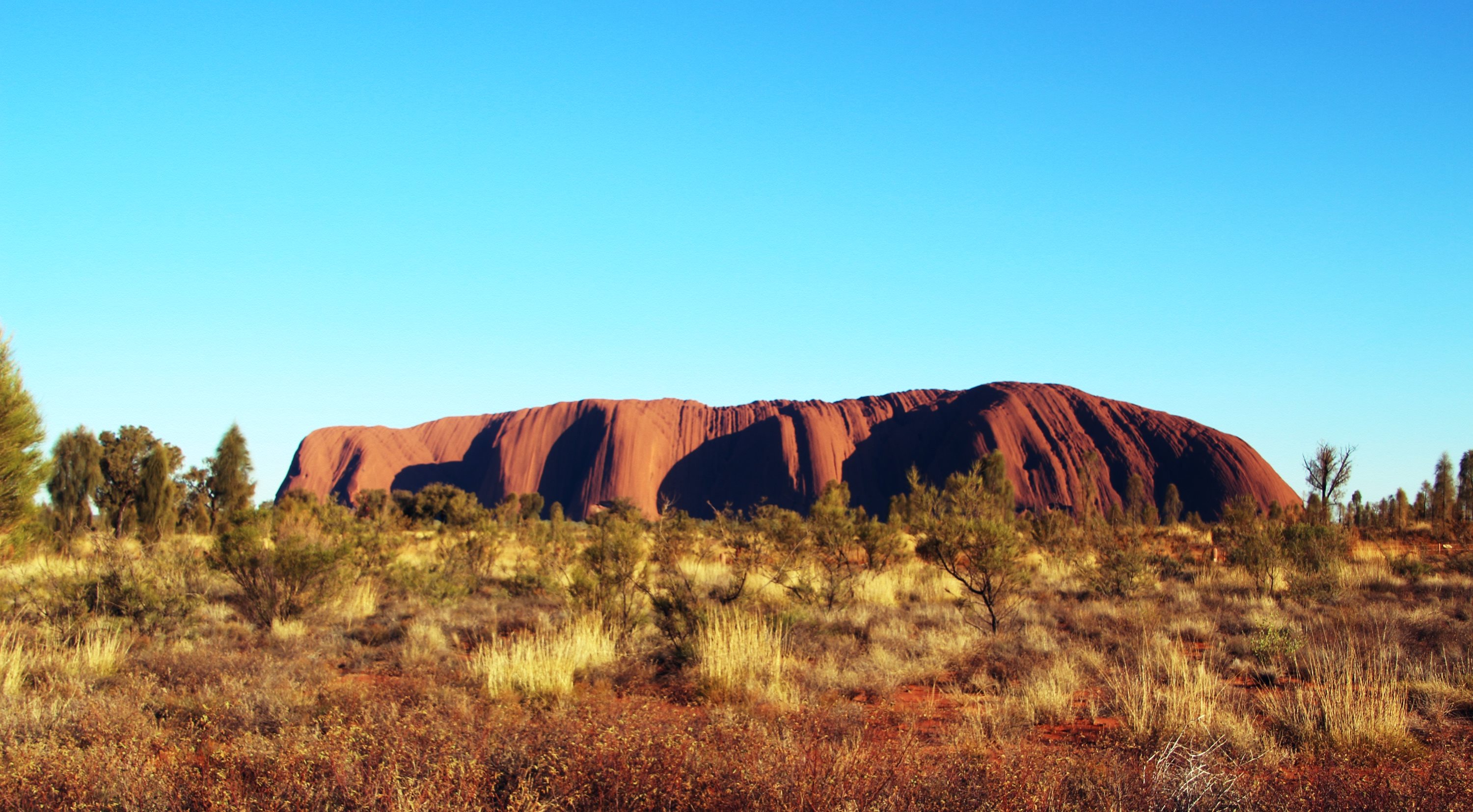 Team Bochum is Back Together 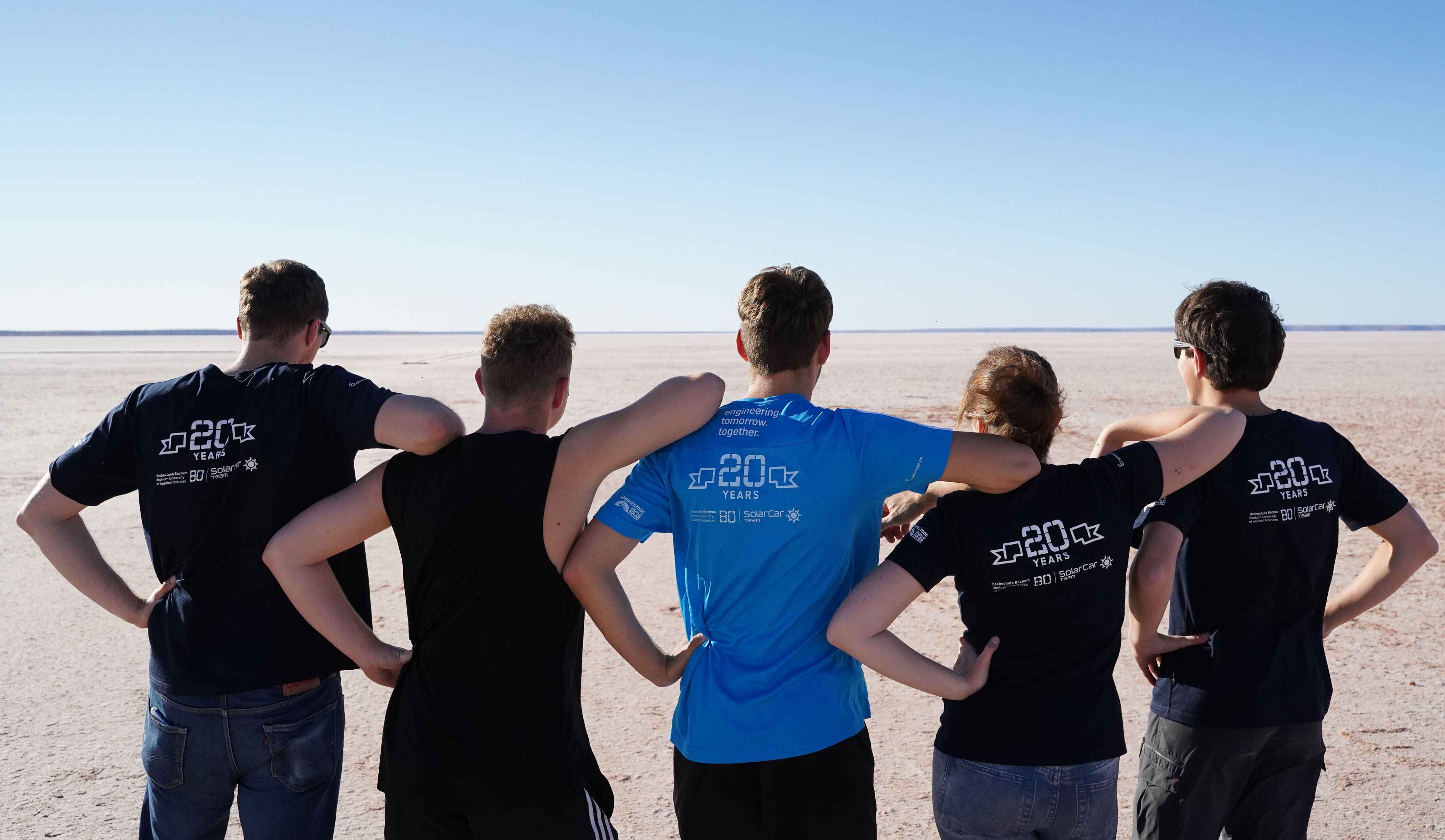 Thoughts on Crossing the Outback 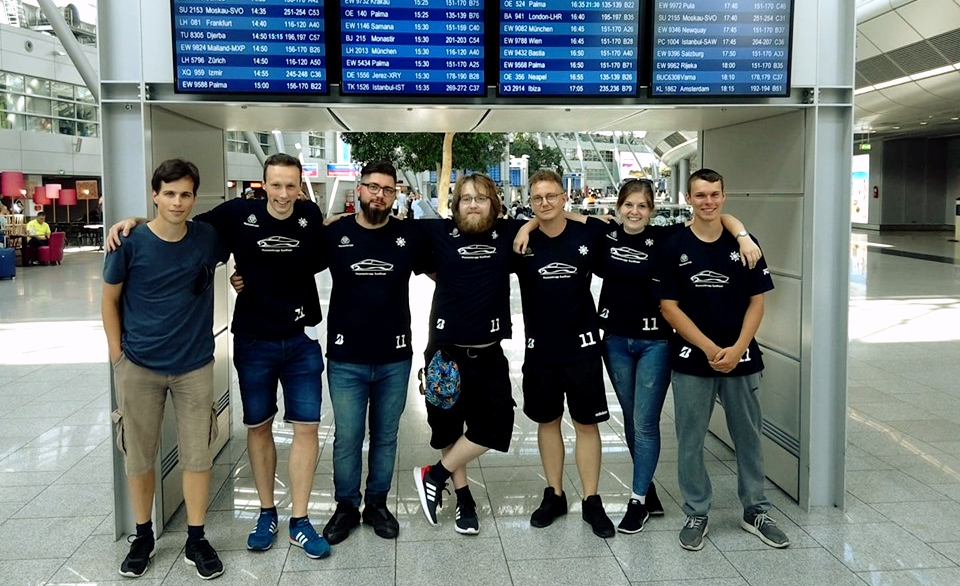 Ten Days with the Pre-Team in Sydney 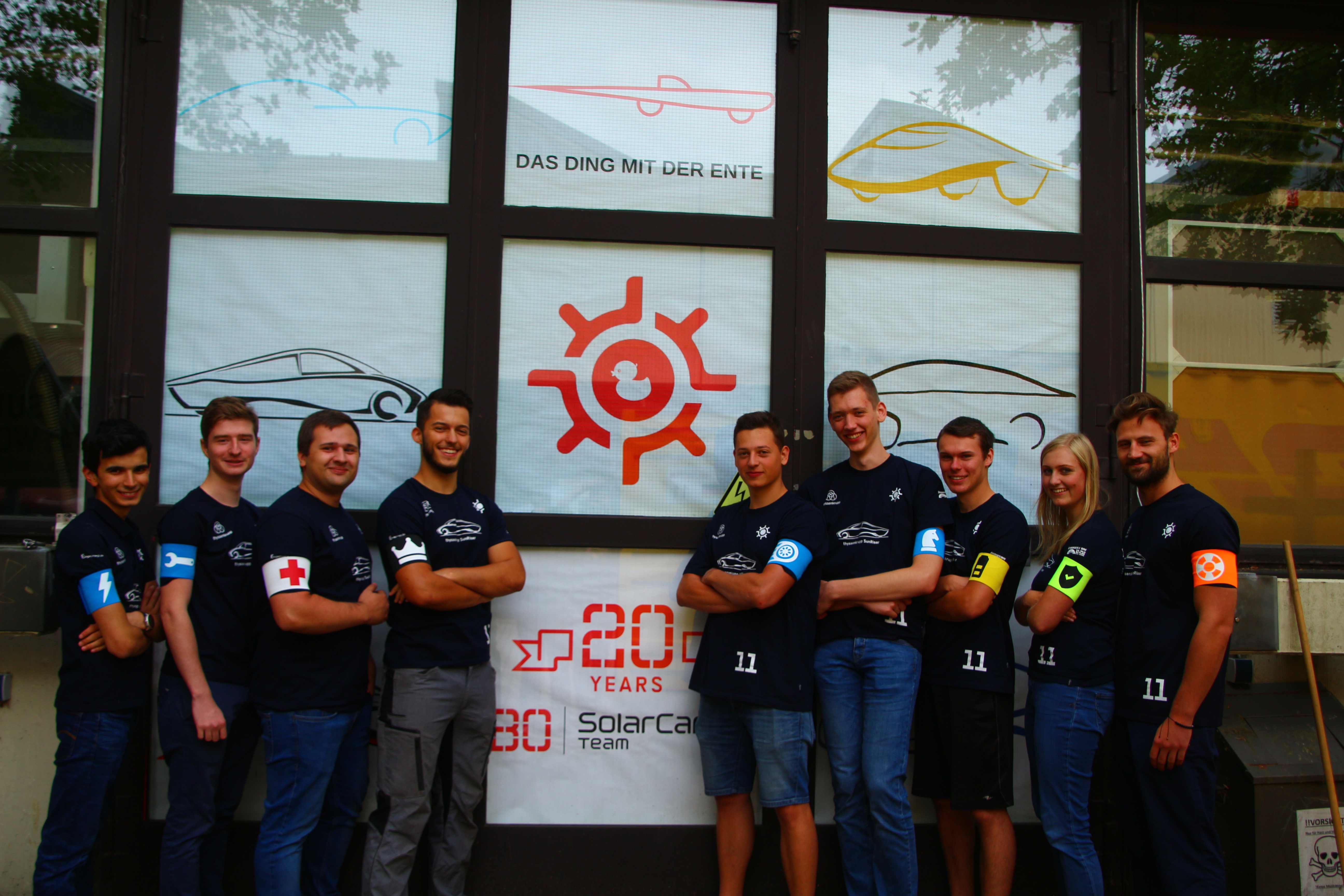 In einer Woche geht es ab nach Down Under

No Break Down – No Problem

Even though the team experienced a severe downfall at the beginning, everyone can be happy about the first day.

Back on the streets

The last days in Coober Pedy were exhausting, but also a great success.

During the second week in Coober Pedy was focused on preparations for the BWSC. 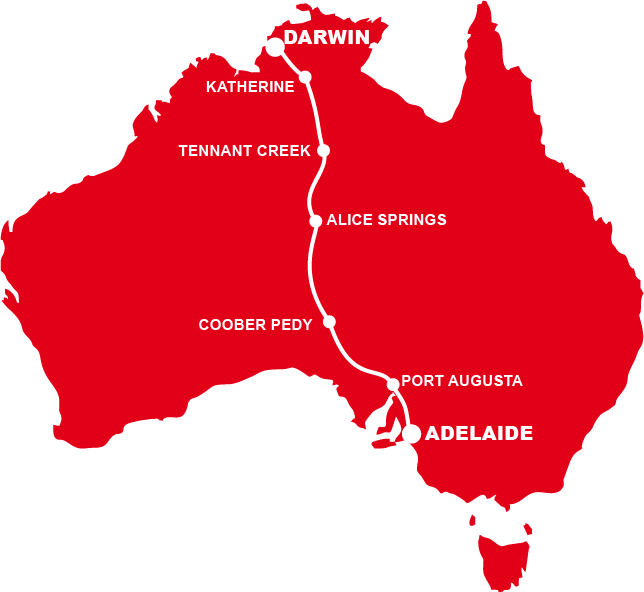 The Bochum SolarCar Project serves as the main representative of its university ever since being initiated by Prof. Friedbert Pautzke at the beginning of the century. It's primary objective aims at competing in the Bridgestone World Solar Challenge, a biennial race in Australia created exclusively for solar powered vehicles. Entrant vehicles from Bochum have regularly been among the most prominent innovations at the challenge for years, thanks to a long-term approach of problem based learning. Over time the project was awarded additional prizes and honorary accolades. In 2012, the SolarWorld GT covered a distance of almost 30,000 km around the world, securing itself and its team a permanent spot at Guinness World Records. In 2015 the project was awarded the German Solar Prize.

Racing the Sun, and the Clock
[ Read more ]